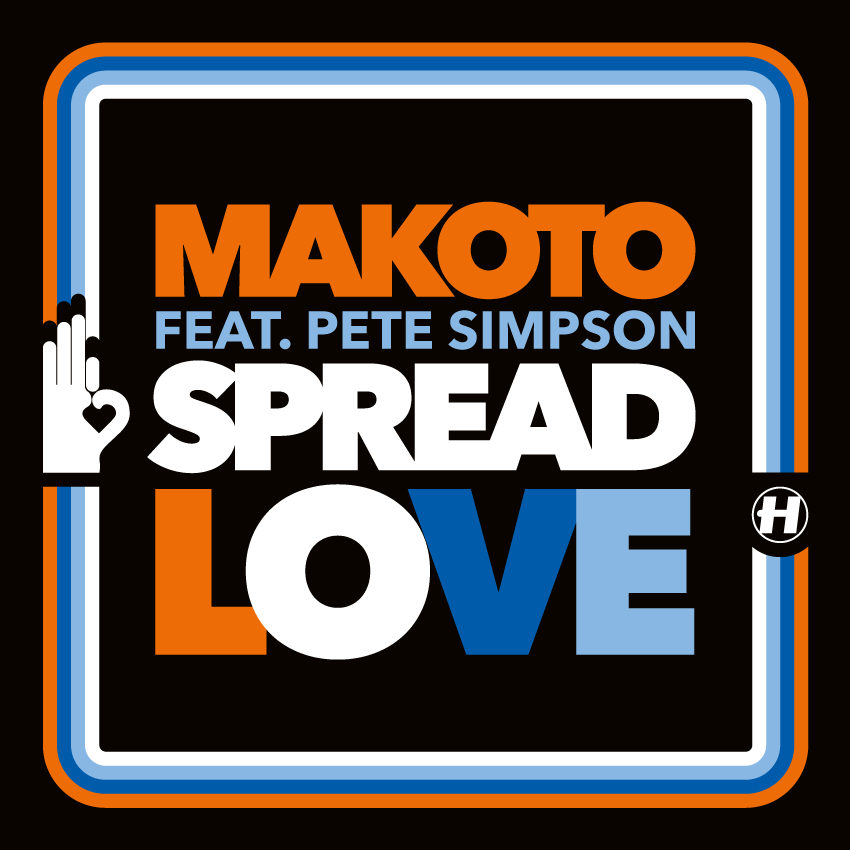 Drum & bass doesn’t get more soulful than when Makoto is at the controls, and he’s upped the bar yet again with his highly anticipated ‘Spread Love (feat. Pete Simpson)’ cover, which is finally seeing the light of day alongside the B-side and atmospheric masterpiece ‘Contact’. Hailing legendary status as a founding member of the drum & bass culture in his home city of Tokyo, Japan, Hospital Records proudly present the latest hit release from Makoto.

Written by Garry Glenn and originally performed by Al Hudson & The Soul Partners in the 1970s, Lenny Fontana then covered the upbeat classic in 1999 and introduced it to the world of dance music with his house rendition. The infamous Nu:Tone remix came in 2010, and eleven years later Makoto and Pete Simpson have stepped up to offer their euphoric cover as they beautifully tie together all of the aforementioned versions into a feel-good future classic that will send ripples throughout the drum & bass community for generations to come. With a complete recreation of the entire instrumentation including freshly recorded strings, guitars, backing vocals and Pete Simpson tearing up the lead vocal, Makoto’s 2021 version is a truly phenomenal body of work which has been crafted with the utmost precision and delicacy. This release comes armed with both the original and extended versions.

Ethereal in vibe and floaty in nature, ‘Contact’ is the musical embodiment which portrays Makoto’s unfathomed ability to weave together an array of sounds and styles that lay together perfectly. Transfixing bongo loops, old-school rave inspired vocal cuts and pads so uplifting they’ll transport you to cloud nine are infused amongst splashy amen breaks and a sinister modulated reese bassline.

With ‘Spread Love’ already garnering support from pinnacle figures including DJ Marky and Nu:Tone, Makoto’s contribution to the world of drum & bass is second to none. The caliber of his music has turned the heads of tastemakers since the days of LTJ Bukem’s Good Looking Records, not forgetting to mention the output of his very own Human Elements imprint. With a discography packed with countless liquid-soul classics including ‘Golden Girl’ featuring MC Conrad as well as two albums under his belt on Hospital, ‘Spread Love / Contact’ is a stellar addition to Makoto’s flawless discography.

“When I spoke to Chris Goss about this idea, I thought it would be very difficult and quite impossible as all the versions for Spread Love are incredible! Especially as Nu:Tone’s remix of the Lenny Fontana version is one of my favorite drum & bass tracks which I still play out to this day, so I wanted to pay some kind of homage to his remix. I wanted to make something happy, warm and positive and here it is. I want to thank all the musicians involved, especially Pete Simpson – he did amazing work on this.” – Makoto